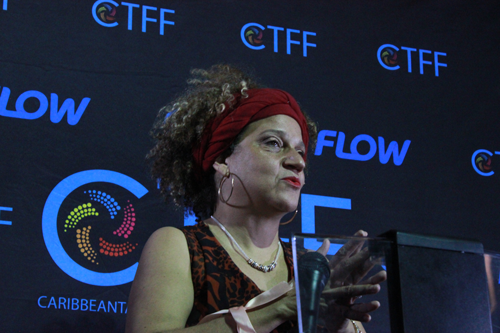 Please fill out the form below if you would like to book Frances-Anne for a keynote address, workshop or panel:

Book Me for Your Event or Film Festival

When Frances-Anne talks, people listen. A trailblazer in the film and television industry, Frances-Anne Solomon is a Toronto based award-winning writer, producer, director, curator and distributor in film, television and radio.

France-Anne chaired the 2019 Feature Film Nomination Committee for the Canadian Screen Awards. She is currently Artist-In-Residence at Ryerson University’s School of Image Arts.

She is the founder and CEO of the CaribbeanTales Media Group – a company that produces, exhibits and distributes Caribbean-themed content. Frances-Anne recently formed CineFAM, which supports bold, original film stories by Women of Colour creators worldwide. In 2006, Frances-Anne founded the CaribbeanTales International Film Festival in Toronto, it has been running successfully year after year as a platform for Caribbean and Caribbean diaspora films and filmmakers from the region.

Frances-Anne has lectured at the University of the West Indies, New York University and Duke University. She is a member of Film Fatales, the Director’s Guild of Canada and the recipient of the 2019 BBPA Harry Jerome Award for Culture.

Inclusion and Diversity in Media