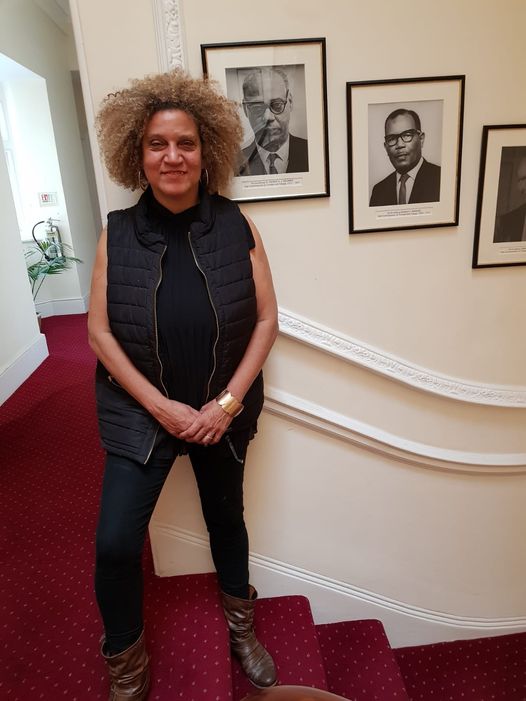 Sometimes I smile to myself when I consider that only one month in the year is dedicated to celebrating Black History. In fact, the richness of our history is all around us, all the time — and we should celebrate it every day.

Then I think of my personal story — how Black liberation is embedded in my genes. And my heart beats a little faster because I am so proud of my grandfather, Patrick Solomon.

Pat — as everyone called him — showed his first sign of promise when he was eleven years old. Trinidad, in the early twentieth century, was a small Caribbean island governed by Britain’s colonial hierarchy; peopled mainly by the descendants of African slaves and Indian indentured servants. Each year, somebody’s boy-child could win one scholarship — the Government Exhibition that would give him seven years of secondary education. In 1921, Pat won.
Thus, Pat Solomon entered St Mary’s College of the Immaculate Conception, where all his teachers were Irish and German priests.…..and most of his fellow-students were white. Excelling among them, he would go on to win the Government Island Scholarship that enabled him to qualify in medicine in Belfast and London.

It was then that he met and formed a lifelong bond with fellow medical student and activist, David Pitt, originally from Grenada. As doctors, they settled into practice in Trinidad. In 1942, they formed the West Indian National Party — politics with progressive trade union values that included adult suffrage and education for all. Alas, in 1950, when their party contested Trinidad’s General Elections, they failed to win one seat.
Exhausted, the two retreated from local politics. David returned to London, where he would fight for the rights of the fledgling Windrush generation and become the first Black member of Britain’s House of Lords — Baron Pitt of Hampstead.

During those years, a Black Trinidadian scholar named Eric Williams — a year younger than Pat — had begun to make a name for himself across England and America. In 1955, he came home, as he said, to “put down his bucket” in the land of his birth, Trinidad. 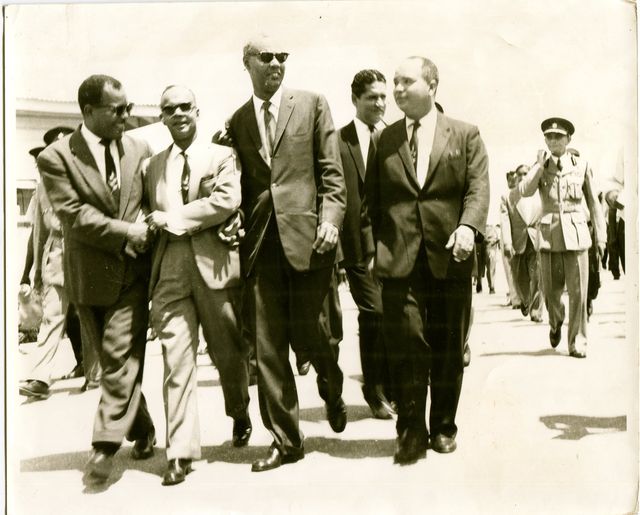 And so it was that large adoring crowds, hungry for stories that gave meaning to their lives, would flock to hear Dr. Eric Williams’ lectures, night after night. They would listen to him for hours within the enclosed park in front of the Law Courts that they renamed “The University of Woodford Square”.
Here, they would crowd together in rapt attention, imbibing stories about how Black people fitted into world philosophy and democracy. Here, they came to terms with their own Black history…..their shackled heritage of slavery and colonisation. Williams’ large audiences came from every social class, colour and creed across Trinidad and Tobago….and beyond.

Here, on January 15, 1956, to the consternation of Trinidad’s colonial Governor and the Roman Catholic Church, Eric Williams inaugurated his own political party, the People’s National Movement.
Inevitably, as he had prepared to enter politics, Williams had invited Pat Solomon to join him. They knew that together they would make Black history.

Six years later, the British Union Jack came down, and the new flag of independent Trinidad and Tobago went up. Photographs show my grandfather standing at the foot of the iconic flagpole, alongside Dr. Williams and Princess Mary, the Queen’s representative, during this historic and peaceful transition from colonialism to independent nationhood. 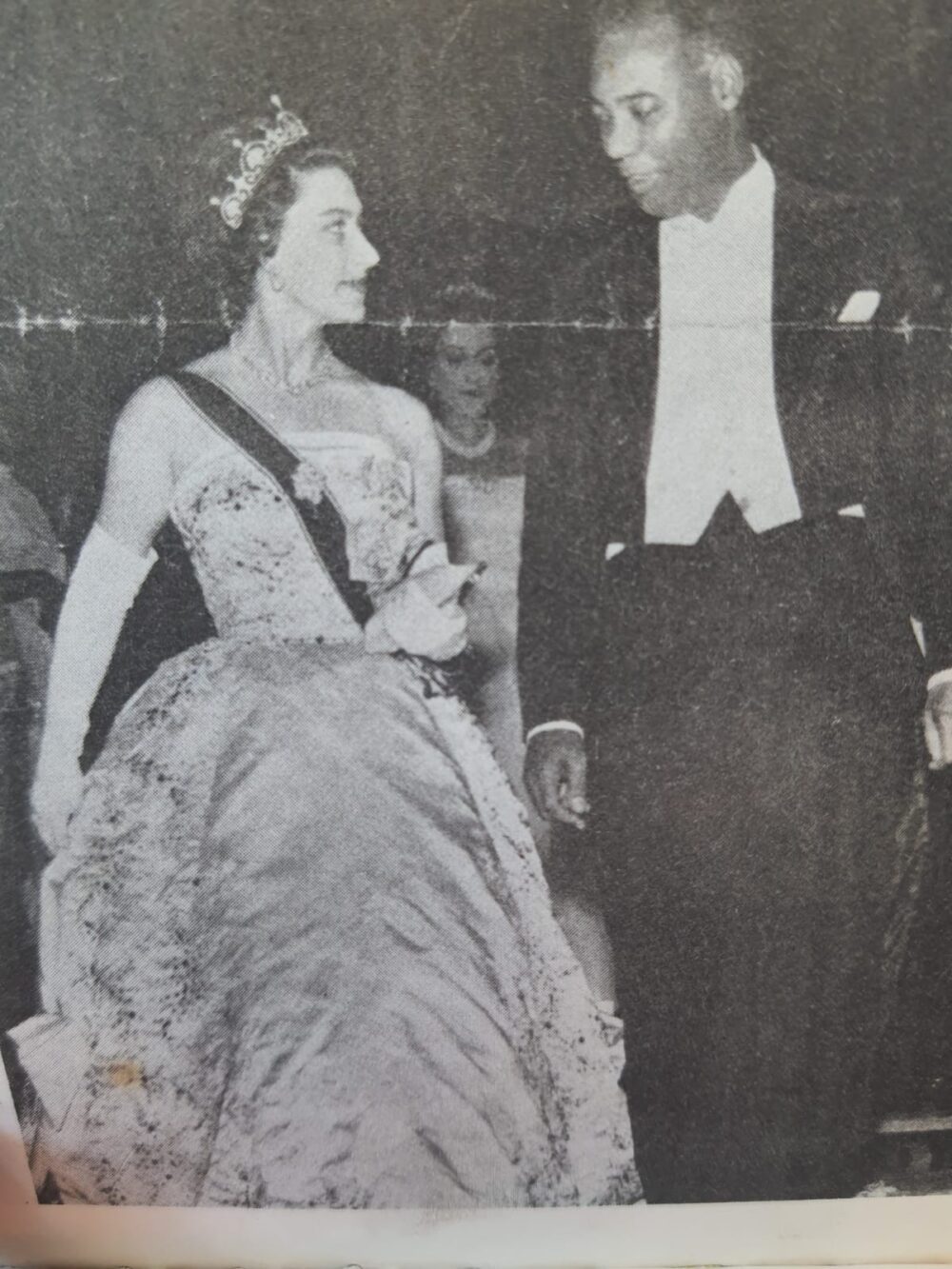 I was a very small child at the time and unaware of the meaning and magnitude of these world-changing events. But all these stories that became the folklore of my family, have imprinted themselves indelibly on my mind. To me, Pat was always just “Grampy”. But to the nation, he was a political superstar. His people truly did love him.
As I grew older, I understood better why. Shoulder to shoulder with Eric Williams, my grandfather actively embodied all their dreams and ambitions. Most of them were still bound up by subtle colonial limitations and remnants of slavery. They needed local heroes to inspire their self-worth and pride.
My Black History Story is something I live out every single day. It is my continued hope that through the medium of film, we can continue to educate not only the youth, but all throughout all our Diaspora communities…..not for just one month, but for twelve months of every year.

In 1965, my father was in Trinidad and Tobago’s foreign service, posted to the United Nations in New York. So I was put into school there. And I experienced for the first time the theory and practice of racial inferiority.
I still clearly remember how aware I was that I was the darkest girl in my class — only narrowly escaping the bullies who went after the other mixed-race kid, Steve, slightly darker and with kinkier hair than mine. All my report cards came back with Average, or Can Do Better because of my stress at school. I just couldn’t think straight, paralysed by the fear of being so different from my White classmates.
Before we went to New York, I had gone to school in Trinidad for a little while. The people around me had looked like me. But more than that, everybody always seemed to be on my side, supportive and encouraging. When we returned from New York to Trinidad, I began to excel academically right away. Even at that young age, I understood what was going on. 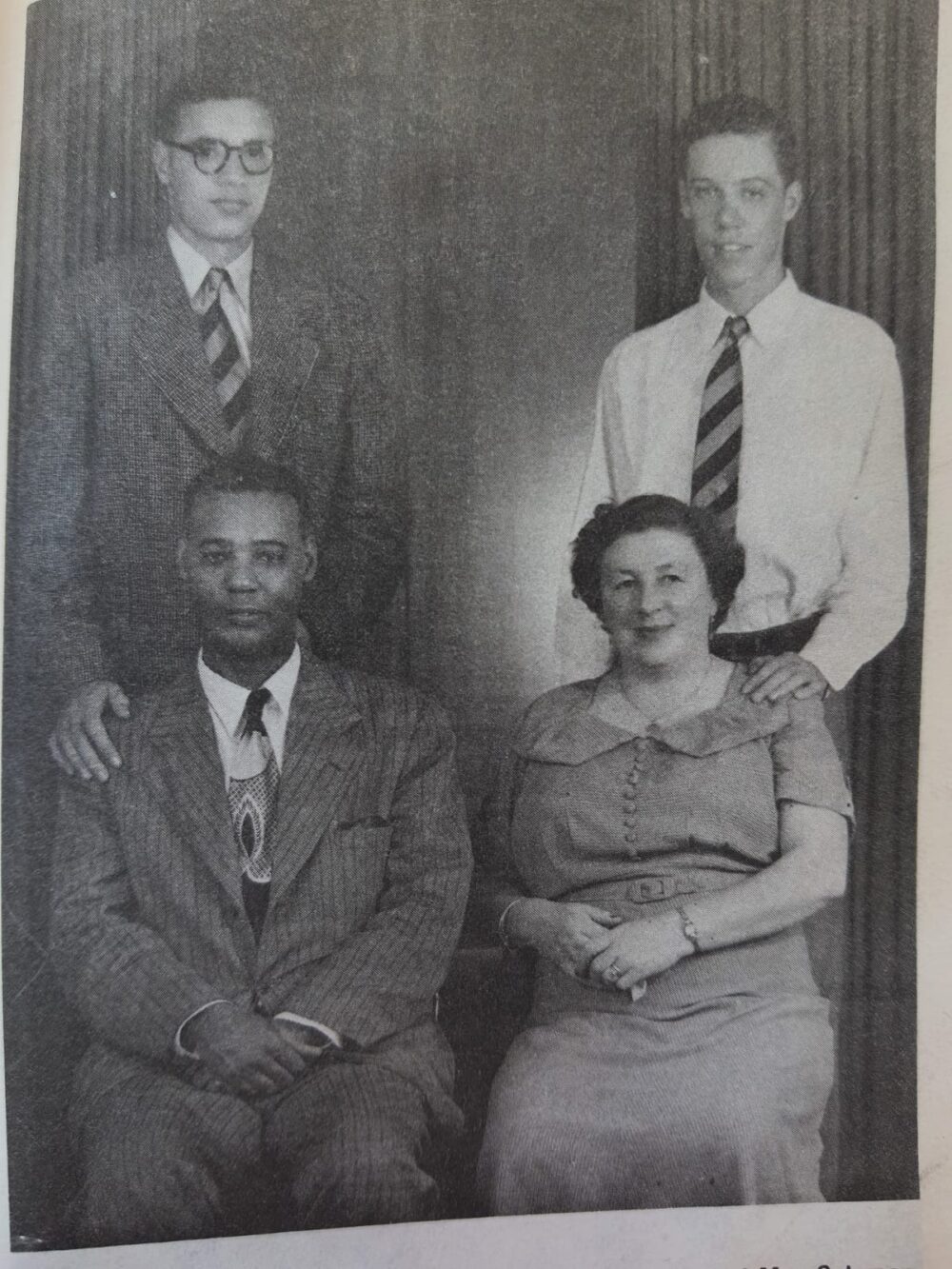 Eric Williams, Pat Solomon and their compatriots in independent Trinidad and Tobago were all mainly Brown and Black. Trinidad’s community, business and religious leaders, the doctors, lawyers, teachers, academics and other professionals — they all looked like each other, more or less. So, it was easy for girls and boys who looked like me (and them) to envision success and achievement. In Trinidad, I did just fine because everyone expected me to — at school and at play. They were on my side.

I will forever be grateful to my father for moving us back to Trinidad when he did.
The next time that I confronted debilitating racism was when I went to England after university in Toronto. Growing up in Trinidad had given me a profound sense of Black pride and self-worth. On arriving in England I saw that most of my Black British colleagues were not so lucky.

They had been born into a society where (directly or indirectly) they were told that they were stupid. They had been always picked on and victimized as children. As they came of age, they were continuously targeted by the police. They were typecast as losers in the education system and in the job market.
Most of my friends and co-workers were totally out of touch with their inherent value as Black and Caribbean people. They knew little or nothing about their families and their friends who were building and leading nations — in Trinidad and Tobago and in the rest of the Caribbean.

They had grown up with stories in which Black people were limited to little more than labourers or gang members, drug dealers, and dropouts. This had an incredibly detrimental effect on their ability to dream, or even to recognize their abilities, talents and possibilities. It is difficult to know your worth when you are constantly seeing yourself through an oppressive lens.

Yet, the truth is that Black people are, first and foremost, incredible survivors. In my work over the years with all the young people that I have met, sharing this truth with them empowers us all. And while, inevitably, many of them may grow up not recognizing their cultural inheritance, it is more than likely that they will succeed in life.
I will always cherish my memories of taking the team to Ghana when we filmed Hero. It was a completely transformational experience. It filled us with an understanding of the richness of Africa and of its tribal cultures. It reminded us that we are blood relatives of all Black people.

It is not uncommon to be on the Continent and see your image reflected in others walking tall down the street. You recognise yourself there — simply because of the direct bloodline connection. There is something so empowering about that. Yes. Our tribal cultures were deliberately stripped from us. But everybody knows (and always says) that the rhythms of the music and the dance live on — passed down through our genes. Our Black heritage strongly affirms that we are survivors!

Black people are here alive today because we have survived. Contrary to common parlance, our story did not begin on the slave ships. We were thriving in strong tribal communities long before they carried us away.
My Black History Story is something I live out every single day. It is my continued hope that through the medium of film, we can continue to educate not only the youth, but all throughout all our Diaspora communities…..not for just one month, but for twelve months of every year.